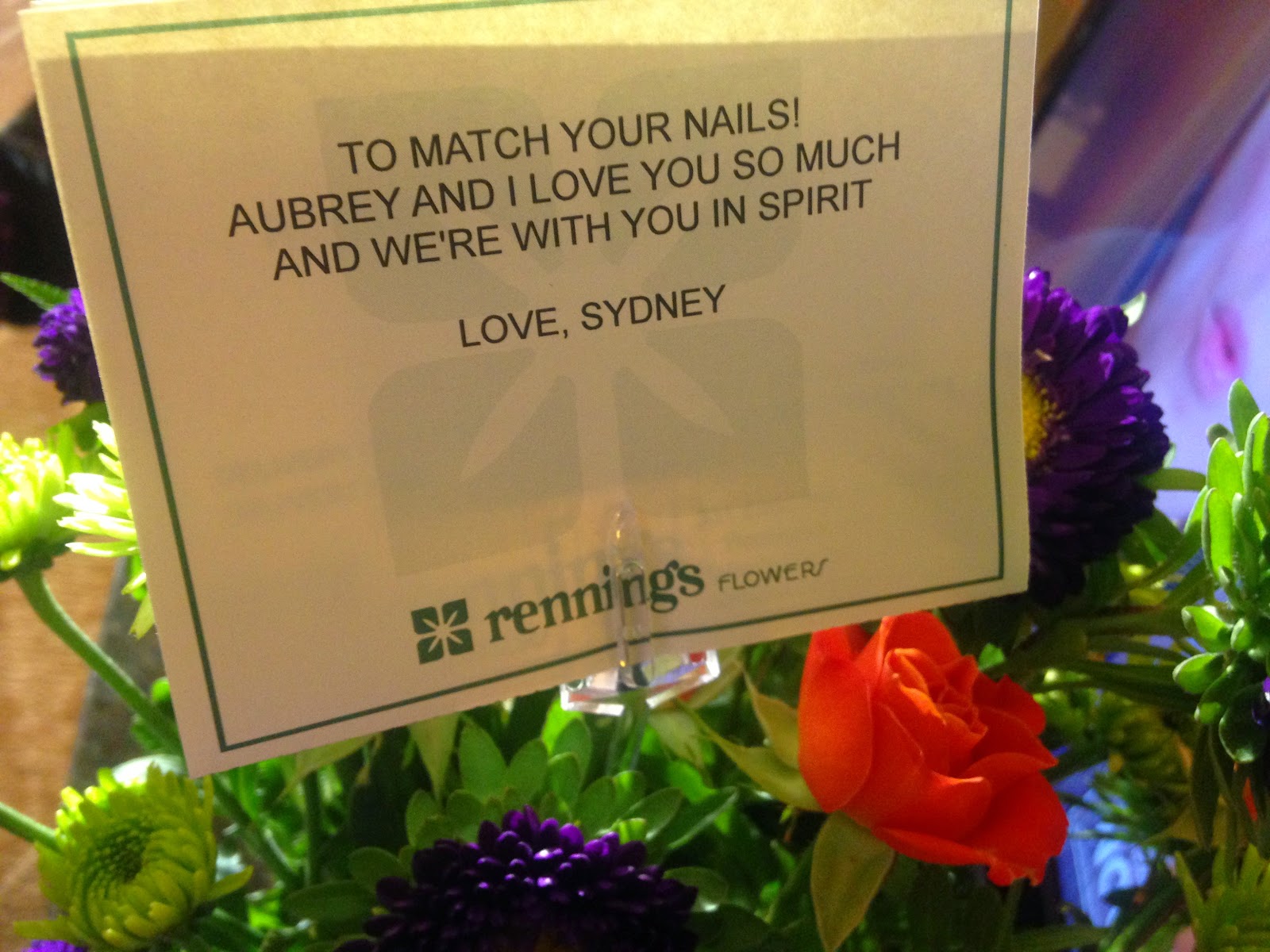 The Mayo Clinic does an awesome job at ensuring my physical health needs are met.  A volunteer even pushed me through the breakfast line, while also recommending how to grab great yogurt during the day. Little did we know he was preparing us for the fact that there was NO WAY we would have time to eat lunch.  That yogurt really was great and its greatness was greatly accentuated by starvation and desperation.

There really isn't an effective way to describe today, but I will tell you it was mostly wrapped by incredibly nice people.  However, one young woman in the genetics department discovered it really wasn't wise to tell me how the fact that my Gram had to sleep while sitting up, wasn't IMPORTANT.  Yowza! I guess I needed a good cry, because I did just that all the way through my delicious yogurt.

Now, the following is boring, but many of you want these details.  For those of you who are bored to tears when someone starts venting their medical woes....please just skip to the last paragraph.

Our day began with fasting at 6:30 - 7:30 at the laboratory.  They took my blood and urine and I have no idea what they're doing with either.  I can tell you, as a woman, it never gets easier to submit a urine specimen, but they sure make it easy to turn it in, with drop off locations throughout the hospital.

Then we grabbed that quick bite for breakfast before heading to get a chest x-ray, an electrocardiogram and to meet with the Cardiologist, who deemed himself my "quarterback" (7:30 - 11:00). He decided my chest looked good.  Nice. I guess I don't need any further work there.  David agrees.

The Cardiologist ordered a heart ultrasound just to look for any aneurysms that are often associated with Ehlers Danlos Syndrome (EDS). He also made me an appointment with the Mayo Clinic Neuro Ophthalmologist.  That was the best news I had all day.  I want to save my vision pretty badly, so that's likely the only shot I have at that.  David and I were both super duper pumped.  That appointment is Friday.

We ran/rolled from that appointment to the Family History and Genetics appointments (11:15 - 2:00), where all the information all of my participating family members have sent me over the past two months, was entered into the computer.  They really seemed to focus on EDS and where I got it, how I was tested for it (back in 1980 at the Oklahoma City Children's Hospital via a skin biopsy), what the results showed and what further tests need to be done.  In the final analysis, it was determined that I need another genetics test to determine if I have EDS - type IV.  This is not a good thing to have.  It is called EDS - vascular type and generally ends with some type of gnarly death caused by an artery dissection.  David is trying to find out if the insurance company will cover the cost of this test as it is over 2000.00, but we will have it done either way because there are definitely precautions that should be taken if I ever need to have surgery again.  So, he ordered another blood test to be used for that determination.  We'll do that blood draw tomorrow since I never made it down there today, like I was supposed to do.

I never made it back to the lab because I met with the neurologist from 2:30 - 5:30.  It hurts me to write that because I am struggling to stay awake to write this blog.  This doctor was really excellent and offered all the "bedside manner" the geneticist missed out on learning during his internship.  In short, he also said I was "complex" and I did not punch him out. I was POSITIVE and acted like that was the first time I had heard this lovely descriptive word.

He ordered a sleep study, a lumbar puncture (to assess me for spinal fluid pressure and Multiple Sclerosis), and appointments with Clinical Neurophysiology, speech pathology and the headache specialist team in the Neurology Department (that last one happens in June!).  The appointment with Clinical Neurophysiology will assess my cognitive deficits that have increased over the past 2 years.  He performed a series of cognitive function tests while I was in his office today and the outcome was sort of no bueno.  I don't like talking about that one, but I admit that I have expressed concern to David on several occasions, as I am noticing several symptoms that are a bit alarming.  And that's all I'm gonna say about that: not gonna talk about that either.

The speech pathology appointment is scheduled for next Thursday the 19th (I know...very bad....we are trying to get an earlier appointment) and will assess a treatment plan for my speech impediments that have continued to decline over the past two years and basically make me sound like I had a stroke.  Yes, I may have had a stroke as one doctor indicated that I did, but they all double talk each other and all I know is that I can't talk worth a shit.

David rushed me back to the hotel room and ordered pizza that I have thoroughly devoured while writing.  I have thrown the ball for Leslie about 200 times and am ready for bed.  Looking back on the day, I see how physically draining this day was, how tomorrow will also be pretty rough, but my mental health is not really their chief concern.

It was the concern of all of you who wrote such great notes in reply to my facebook post this morning, texted me throughout the day, mailed my daughter's cellphone to her, called me, posted very, very, corny, mushy, supportive messages on facebook, and last, but certainly not least, sent me beautiful flowers and a loving note (see above).

Therefore, my mental health is in great condition. My brain is in need of rest, so I'll catch up with you again tomorrow.

Isaiah 41:10
So do not fear for I am with you;
Do not be dismayed, for I am your God.
I will strengthen you and help you;
I will uphold you with my righteous right hand.